“It’s 2012! Where’s my jetpack!” people moan into their handheld computer systems connected to worldwide network before using their downloadable phones to read about robots landing on Mars and people running the Olympics with artificial legs.

Yes, we live in a magical time, and things are only going to get more futuristic from here on. But you might be surprised to learn that the driving force behind the next revolutionary leaps in technology may not be from NASA or Monsanto, but from the marketing industry. In the past they’ve made enormous leaps in the fields of psychology and human behavioural studies, and taken a global network designed to help scientists exchange ideas, and used it to sell you penis-enlargement pills, but that’s just the start. 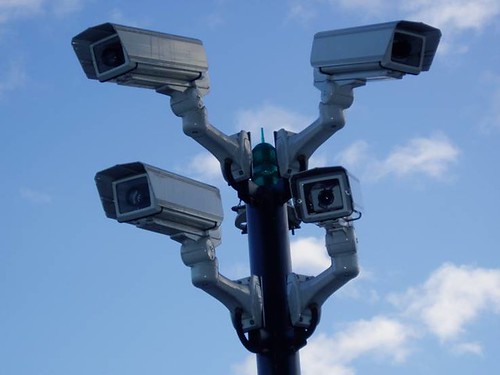 This is an easy one, but it’s also true. Where governments have to instigate complicated surveillance programmes to gather your private personal  information, the business world has figured out that it just has to ask. And that information is being gathered to try to sell you things.

Through an item as simple as a loyalty card the places where you shop can work out your age, marital status, income and even twig to whether you’re pregnant before the people you live with have worked it out, as happened to one teenager whose father got angry with Target after discovering they’d sent her coupons for baby clothes – only to discover she was due in August.

Likewise, if you look at your Facebook adverts you’ll find they’re targeting adverts at you based on your interests, age, gender and sexuality even if you’ve never told Facebook any of those things. And that’s just Facebook, the site you mess about on when you should be working. To get really scary you’ve got to go to Google. Between Gmail, Google, Youtube, Google Docs and Chrome Google is able to monitor almost every aspect of your online life.

They probably know more about you then some of the people you live with, and they’re using all that information to ensure you see adverts that eerily fit your needs.

Marketing Is Bringing Us The Closest Yet To Real Live Holodecks 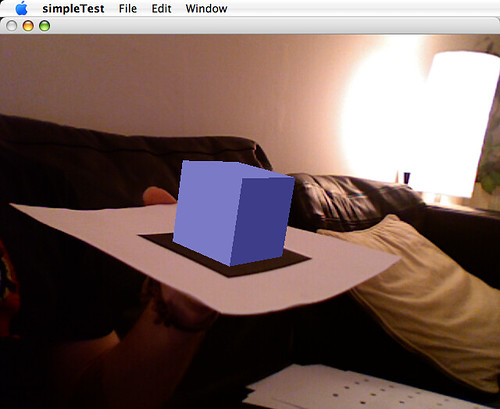 If you’ve seen a poster, piece of packaging, bill board or, occasionally and terrifyingly, a tattoo lately, you will probably have seen a QR code- those black and white squares that look like somebody put a bar code in washing machine.

Most of the time this will enable you to point your phone’s camera at it and then it will take you to their website, because remembering www.thenameofthecompany.com WAS JUST TOO DARN HARD! However, this is just the beginning of using smart phones for advertising. This is where augmented reality comes in.

Perhaps the most famous use of augmented reality in advertising was a camera set up in London Victoria Station, where commuters who stood in front of a special positioned camera would see themselves on a giant screen being molested by a CGI angel to sell deodorant to teenage boys. National Geographic did a similar campaign, with dinosaurs, astronauts and wild animals replacing the angels.

However, once you get over the “huh, that’s cool” aspect of augmented reality, you get to the stuff that’s genuinely cool. Things like being able to see exactly how a new sofa would look in your living room, just by positioning it in the right place on the screen of your phone.

One jewellery company has even given templates that you can print out and wear on your person which magically transform into 3D representations of their more expensive products so that you can try them on at home!

The next step, of course, is to move from having to peer through your phone to some sort of glasses, and who should be working on that by Google with their new Google Glass project. You know what this means, right?

It means that pop ups can happen anytime, anywhere. 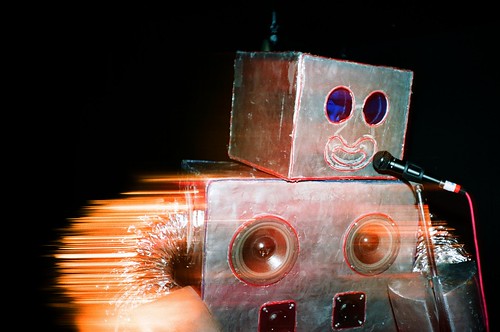 Now most people with proper, sensible, reputable marketing jobs in London want to disassociate themselves from spammers. Most spammers want to disassociate themselves from spammers. It’s not an industry anyone has a particular love for. But the fact is spammers are trying to achieve the same thing that anyone who works in advertising is trying to achieve.

The Message Anti-Abuse Working Group claims that 88–92% of email messages sent in the first half of 2010 were spam. It’s a huge problem and one that is only going to get worse. So far our best weapon against spam has been our ability to tell automated messages from messages sent by fleshy human beings.

This includes tricks varying from Captcha screens that ask you to perform tasks only a meatbag could understand, to analysing the phrases used in emails, comments and twitter feeds to tell which ones are spambots. Naturally, this turns into an arms race, with spammers creating algorithms to help them defeat Captcha screens and create spam comments that are more and more convincing as actual people.

Funnily enough, making a computer program that can pass as a human being is a challenge other people have been working on for a while. It’s called the Turing test and it’s the standard by which we measure artificial intelligence.

So, just to be clear, advertisers are able to observe everything about you, are developing technology that allows them to shape a virtual reality around you, and may actually be on the way to developing a real artificial intelligence.

Marketing is actually going to put us in the Matrix, is what I’m saying.

You cannot be told who Chris Farnell is, you have to see him for yourself. Okay, he’s a freelance writer working with Marketing Graduate Jobs.

We Could Be Lifted