Over the past decade, passenger vehicles have undergone an extreme makeover in terms of safety and security features. Modern technology has made it more affordable to install these devices, and auto manufacturers are now using this technology to entice buyers. Despite criticism from those who believe this type of gadgetry will result in lazy driving, consumers are responding positively to the introduction of driver alert systems and exterior view cameras.

Many of these safety devices are standard equipment on certain models. Others can be purchased as part of a performance package, and the up-level trims of many sedans and crossovers now feature advanced warning systems, in addition to luxury models.

Backup cameras are becoming quite commonplace as part of an options package on SUVs and minivans. They are attached to the rear of the vehicle and connect directly to the driver information center. The driver can view the area behind the vehicle directly from the console’s video display screen.

Cameras can also be purchased as a kit that is easy to install. Buyers should be aware that some of these aftermarket systems operate on a different frequency than the ones installed by the manufacturer. This may cause interference with other systems such as Bluetooth and other wireless accessories. 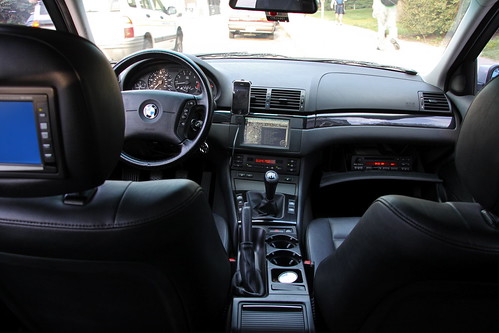 This system is invaluable as a safety device when the car is traveling at high speeds on the freeway. Video sensors are located around the windshield and monitor the area to the right and left of the vehicle. Some brands of lane departure warning devices are of the laser sensor variety.

There are two types of lane departure warning systems available on passenger vehicles. The first type is a visual and/or audible system that warns the driver when the vehicle is beginning to drift out of the freeway lane. The second type is known as a lane keeping system and automatically corrects drift.

A collision avoidance system is particularly useful in poor driving conditions. The sensors are strategically located to detect objects that are normally in the driver’s blind spots. They are much like motion detectors used in home security systems.

The sensors will detect the motion of other vehicles and ascertain the distance between the driver and other automobiles. The speed of the other vehicle is also recorded with amazing accuracy. The system also takes into account the present visibility and will react more quickly in foggy or rainy conditions.

Pedestrians move more slowly than motor vehicles. They are susceptible to being hit by a car at busy intersections because of the complicated traffic light patterns and walk signals. Pedestrians are also difficult for drivers to see in parking lots full of vehicles.

The system uses radar as well as camera activity to detect the motion of a person in front of the vehicle. Most systems have an audible warning, and the vehicle will automatically be brought to a halt if the driver fails to make the necessary maneuvers in the next one or two seconds. Many of these systems are active at all times but are effective only at speeds below 20mph.

Most new vehicles sold today have seat-mounted front airbags for the driver and front passenger. Larger sedans may offer side-curtain airbags for the front and rear seating positions. These offer protection for the head and upper body in the event of a rollover accident.

Some of the SUVs, crossovers, and minivans now have seat-mounted airbags or side-impact airbags for the second and third row of seats. Because the rear seating area is the safest place for children, consumers are encouraged to look at the additional safety features offered on the model being considered. The LATCH or other similar type of anchor/tether system, side-impact beams in the rear doors, and child-proof rear door locks are standard equipment on most current passenger models.

Jason Nelson authored this article on behalf of www.discountcarinsurancequotes.net where you can read about the top reasons to choose an auto insurance company and obtain free quotes from leading insurers.