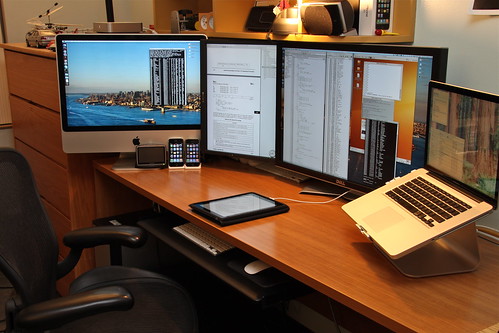 Computer programming is a valuable skill. Computers are continually increasing their presence in society, and those who can create programs are finding new ways to shape the lives of people around the world. Learning to program, however, takes some practice and dedication. Fortunately, the Internet is filled with educational resources to help students learn how to craft the next world-changing program. Here are five to try.

1) A Beginners Python Tutorial
Python is one of the easiest and most powerful programming languages. By using a syntax that is easier to learn, Python helps students pick up the basics of programming in an easily understood manner. The Wikibook’s Python tutorial is a great first place to begin, and new students will find themselves creating their first programs shortly after installing the Python programming language. Although Python is sometimes derided as a programming language for beginners, it is used by a number of professional organizations. Further, learning a second and third language is far easier after mastering one. All modern programming paradigms are supported by Python, and many professional coders prefer it to other languages.

2) Official Java Tutorials
Java is the most popular language in use today, and learning Java will give new programmers the ability to see how programming is done in the modern world. The language took an odd route to its dominance; in the early days, Java was envisioned as a language to create cross-platform desktop applications. Instead, Java has become popular as an Internet server platform and enterprise development language. Besides learning a language that opens doors to a number of job opportunities, Java also teaches object-oriented programming, which is an important concept that all programmers will need to learn at some point. As a bonus, Java is used on Android devices, and the booming smart device platforms are becoming top development targets.

3) JavaScript Tutorial
JavaScript has been around since the early days of the World Wide Web, and many predicted that it would eventually be supplanted by another language. These predictions proved to be false, and most now expect JavaScript continue its dominance in web programming for the foreseeable future. HTML is not a programming language, and it has limited features for developing interactive websites. JavaScript is necessary to provide this functionality, and users who learn JavaScript will be able to create the web apps and online games that computer users are clamoring for.

4) C Made Easy
Developed in the 1970s, C was the most popular programming language for decades. While it has slipped in popularity, C is still used for embedded devices, operating system programming and legacy applications. The language is considered low-level, which means that it connects programmers to the hardware instead of abstracting this connection away. Learning C will help developers learn how more popular language accomplish what they do and prepare them to replace the retiring population of C programmers.

5) Algorithm Tutorials
Ultimately, computer programming is much like math. It is often said that computers do what they are told, and not what the coder intended. Learning about how to conceptualize program elements and create new ones is crucial for advancing from the beginners phase, and one way to tackle this is to learn about algorithms. Much like formulas in other disciplines, algorithms are tools that help programmers accomplish certain tasks. But systematically learning about how algorithms are developed and proven mathematically, programmers can attain a higher level of understanding.

Thomas Hill is a computer programmer and guest author at BestComputerScienceDegrees.com. Click here to read his rankings of the top online degree programs in computer science and IT.