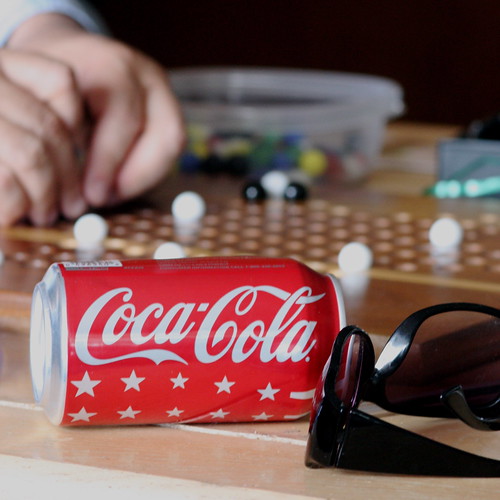 Movies can earn money by featuring the products and services of various companies in the film, but some take this practice to an extreme. Over the top product placement can work, if the products tie in closely with the theme of the movie, but they can just as easily distract from the movie by drawing the attention of the viewer away from the plot and characters. Movies like Real Steel, Mac and Me, and Transformers are only a few examples that went a little too far featuring products made by their sponsors.

Real Steel, set in the future, exposed viewers to robot boxing, but also gave them an idea of the brands that would still be around after a few decades have passed. Xbox, Budweiser, Dr. Pepper, and Sprint are only a few of the over-utilized brands in the film, which at times overshadowed the real message behind the storyline. A few of the product and brand names can be seen in the fight scenes around the arena, like in this video.

Another movie loaded with both robots and product placement is Transformers. Not limited to just one of the films in the trilogy, Michael Bay’s love for all things GM could be noted as each of the robots – both Autobots and Deceptacons – is a different model GM vehicle. With each subsequent movie, the focus on the type of car each robot could turn into became more prevalent. An example of this product placement is here

Super hero movies aren’t above using product placement, either. The Green Lantern, 2011’s movie version of a popular comic character’s escapades, was full of product placement. Computer brands like Apple and Dell, as well as food choices like Subway, Guinness and Pabst had their places in the film, even if them being there did not always make sense.

In Harold and Kumar go to White Castle, two friends set out on an epic quest to get to what is probably the last place that many would think to go after partying: a fast food restaurant that is some distance away from their location. The two spend the entire length of the film on a mission to get to their destination, repeating the name of the restaurant over and over – until it finally becomes redundant by the time that they actually get there.

Though this is a children’s movie about talking toys, and it is to be expected that there will be a certain amount of product placement, but each of the characters – save for Buzz Lightyear and Woody (and later, Jessie) are based on real toy brands and types. Barbie, Mr. Potato Head, Slinky, and GI Joe all have their place in this movie trilogy, but rather than being extremely overwhelming, it feels like just another part of the story. Despite the fact that the characters all have a fair amount of screen time, this movie is not as over the top as it could have been.

Product placement is necessary in some occasions, but there are many others – like the examples above – where it can seem like total overkill. Most of the products featured in these movies were not new products, therefore the need to shove them in the face of the audience was not necessary, but directors and filmmakers chose to do it anyway.

Doris Shelby is an advertising executive and guest author at TopMarketingSchools.net, a site with guides and information about marketing degree programs.

Staying Fit With The Help Of Video Games