Turning away from traditional phones, more small businesses are using Voice Over Internet Protocol (VOIP) to make calls online and save on costs. Using small business VOIP, users can call from anywhere, local and long-distance, using broadband Internet access and a computer or device made for VOIP calls. Here are reasons to make the switch from landline phones to VOIP:

Slash telecommunication costs
Depending on the downloaded software and calling equipment used for VOIP, phone calls made over the Internet cost little to nothing at all, making it more economical than traditional phones. By switching from standard wire telephones to VOIP, businesses can reduce their startup and operating costs, such as buying desk phones and paying installation fees or monthly phone bills. 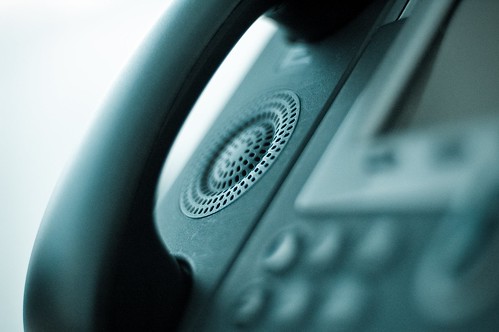 Call from anywhere securely
Through VOIP, calls can be made by anyone with an Internet connection and a device properly equipped for calls made over the Internet. You could also connect your computer to a hands-free headset for wireless calling. VOIP offers freedom of mobility for employees because rather than have a landline desk phone, they are able to use VOIP through their own cell phone to make calls anywhere inside or outside the office. Also, rather than risk phone tapping via landline, phone calls made over VOIP are more secure than landline phones because data sent online is encrypted to protect calls.

VOIP is easy to install and start up
While the traditional way of calling uses copper wiring to transmit signals, VOIP turns sounds into data sent over the Internet, making it faster and less costly. Choose from three simple ways to set up VOIP in your small business office: calling from computer to computer, using an analog telephone adapter and buying IP Phones. The easiest way to use VOIP is through computer to computer calling by simply downloading VOIP software. If you want to utilize the landline phones you already have, use an analog telephone adapter, which connects a traditional phone to a computer or through an Internet connection. The last way to use VOIP is to buy IP Phones–devices that are similar to standard phones but they are able to support Ethernet cables, which are then used to link to a router to connect to the Internet.

Get the same phone features for small business VOIP

VOIP is able to provide the same or more calling features as a standard phone service, giving you more value for your money due to VOIP’s low cost of calling. Through VOIP small businesses have the benefits of having caller ID, call waiting, transfer and forwarding, three-way calling and more. VOIP can also send calls to voice mall or allow users to check voice mail online.

Lauren Biddle is a part of an elite team of writers who have contributed to hundreds of blogs and news sites. Follow him @Biddle23 to see what else he has to say!

The Role Of Float Switches In Waterproofing