QR codes are those clever little square things you see in magazines, on posters, on walls or on packaging that you think have been lifted straight out of the Matrix. From just being able to utilize part of a flat surface, advertisers have the ability to make things completely interactive; through QR technology used in conjunction with a smart phone.

Once a QR code is scanned by a smart phone, the two dimensional bar code sends a signal to said phone – which can initiate a whole range of actions. These actions can vary from launching a mobile app, being redirected to a website, opening videos or even you can be taken straight through to a telephone number or address.

Why use QR Codes?

QR codes are very easy to produce, and are of little cost. Think about this. Would you would you prefer to do? Print thousands of ink heavy leaflets, brochures and posters to distribute – which the costing of which (printing, design and distribution) would all amount up. You could theatrically create a QR code which contains all that information, so that people could scan the code and read it from their phone on the move. In a busy city, it’s all about the hustle and bustle and no-one stays in the same place for too long – especially to read all the details of a poster or brochure. In the new age of technology, everyone is glued to their smartphone – so once a QR code is scanned, an advertiser has a captive audience. On top of this, slip ups and misprints in the printing industry is rife; the great thing with QR codes you can just alter the digital information at your will – changing whatever you like quickly and easily.

However, in the Western world QR codes have not taken off massively successfully as they have done in Japan and China. Consumer adoption is somewhat lower than expected which is put down to fragmented implication options causing confusion for not only the consumer but the actual marketer too (according to Forrester Research.

The success of QR codes is a direct coloration of how popular smartphones are; the more smartphones there are, the higher chance there is of a QR getting scanned by more people and thus being seen. According to Ofcom in 2011:

• A quarter of all adults, and half of all teens own a smartphone.

• 37% adults and 60% of teens have an addiction to using their smartphones.

In 2011, ComScore inc revealed that through a study they found out in June 2011 that 14 million Americans scanned QR codes on their phones. The demographic of which was young to middle age male with a moderate pay packet. Men apparently were twenty-five percent more likely to scan a code rather than females. The information from the whole study is at the comscore website. Through research like this, QR codes can find out what they can do to reach a wider audience – especially in the Western world. The great thing about QR is that it is easy to research the information of the scan; for example if someone scanned your QR code, you would know all the intricate details of that user’s access. 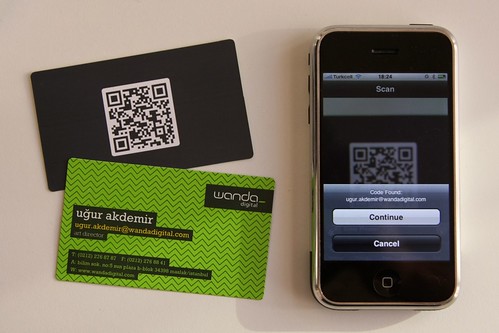 In conclusion, QR codes are the future. They are cheap to produce, quick and most importantly in this day and age very eco-friendly. However, advertisers have got their work cut out for them as they figure out how they implement these funny boxes into our already media-laden society successfully.

Many thanks to the team at Telegraph Jobs for giving us an overview of how technology has advanced! A lot of work goes in to constructing new developments like this and it is great to see how useful it has become.

A Brief Review on Floor Scales Direct and Available Products

PPC For Noobs: A Guide For Beginners