There are many technologies that have been developed for the military that now make our lives better in the civilian world. Of these, GPS is probably the most well known.
GPS stands for the Global Positioning System. It is a navigation system consisting of 24 satellites that the Department of Defense put into orbit. The satellites circle the earth twice a day in a precise orbit. They transmit a signal to earth and the GPS receivers use the signals to triangulate the receiver’s exact location. It works 24/7 no matter the weather. You don’t need to subscribe to a service or set anything up, it is absolutely free to use. 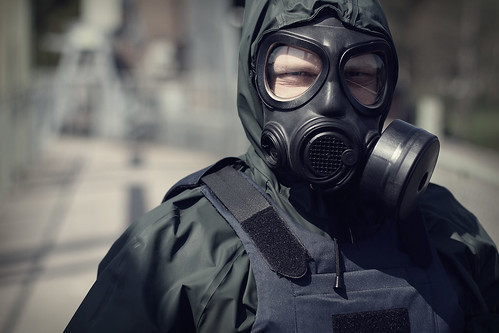 Military Technology
It was strictly for military applications until sometime in the 80’s when it was made available for civilians. Even when the technology was put into our hands, the signals were scrambled making them less accurate and much slower than those the military were using. Because of this it wasn’t as popular as it is today. It was used in the marine industry for navigation where precision wasn’t as critical though it was very frustrating using it to find a small buoy marking a dive site at sea! It wasn’t until the year 2000 that then-president Bill Clinton had the military stop scrambling the GPS signals. This allowed us all to have access to the military’s extremely accurate system. Suddenly the market was flooded with gadgets that made use of the technology. GPS can be found in cars, phones, watches, goggles. The GPS chip is now about the size of a match head so it can fit into anything. We can track kids, pets, sharks, and play games like GeoCache, a global GPS based treasure hunt.
Your Navigation System
Where GPS technology has really become mainstream is in cars. It has probably also been responsible for saving many marriages. No more fighting over getting lost, not asking for directions, and hare-brained shortcuts. That is, if whoever is in charge of the GPS has read the instructions and knows how to set it up to get from point A to B in the most efficient way. You do have to tell it if you prefer to travel on highways or stick to roads. You also have to make sure to update the maps periodically. I was recently in Dallas, and the GPS instructed me to take a ramp that no longer existed. On trips, it’s handy when you decide it’s time to take a break and get something to eat, it can tell you the restaurants on the offramps ahead. If you can quickly get a consensus, you can save a lot of time you would have spent driving around trying to stumble upon somewhere to eat. It generally is a great time saving device and is terrific for planning. You can put in the address of where you are going, and it will calculate approximately how much time you need to get there.
Compass In My Nose
I have a built in sense of direction and usually have no problem navigating from maps, but the convenience of a GPS, plus the fact that I don’t have the distraction of checking a map while driving, makes me glad I always have one in the car.

Arnold Jefferson is a security officer in the armed forces and a freelance writer who loves to analyze how military robotics can be utilized by more than just the army.

How To Write An SEO Article