Like everything else, however, climate can be influenced by technology. No, in this case we’re not talking about global warming. Kate Torgovnick of the TED Blog (a branch of the famous TED talks) was inspired by a recent talk by Wolfgang Kessling who spoke about the plans to build an outdoor stadium for the 2022 World Cup in Qatar, where the average high temperature is 106. Kessling discusses the problem of building a space that will keep patrons comfortable (and safe from heatstroke) without wasting massive amounts of precious energy. He suggests such methods as using solar energy from panels that simultaneously shade the stadium and piping in chilled water through the floors.

In response to this lecture, Torgovnick compiled a list of five outdoor spaces with innovative cooling systems.

2. Pearl Academy of Fashion in Jaipur, India uses a passive cooling system designed by the architecture firm Morphogenis. Because the building is elevated, it allows air to travel under the building and into open-air courtyards. The building also has a large well in the center that is filled with recycled water from the building’s sewage plant. When the water evaporates, it significantly cools the air inside.

3.Canal City in Fukuoka, Japan is a mall built around a manmade river. The water cools the air, while the mall’s structure channels the cool air into a moving airstream. 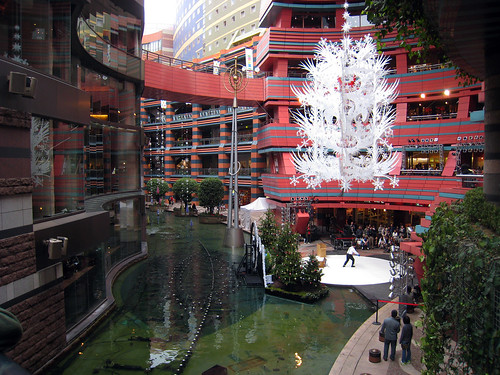 4. The future Guggenheim Museum in the United Arab Emirates will be located on Saadiyat Island, an area devoted to green energy. Surrounded by water on three sides, the museum will feature wind towers and a central covered courtyard, modernized versions of traditional desert cooling methods. 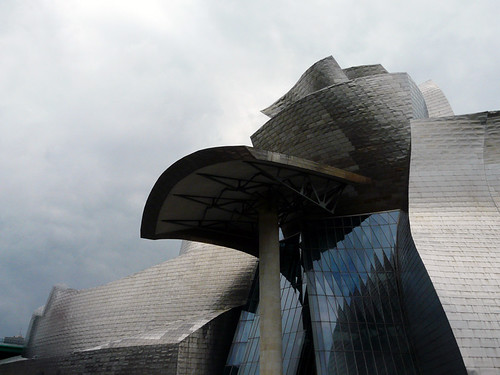 5. The California Academy of Sciences has a “Living Roof” made of hundreds of native plants, rather than the usual tar and shingles. Not only is the roof a beautiful place for visitors to relax and learn about native species, it also keeps the inside of the building up to 10 degrees cooler and reduces the amount of energy used for heating and cooling. 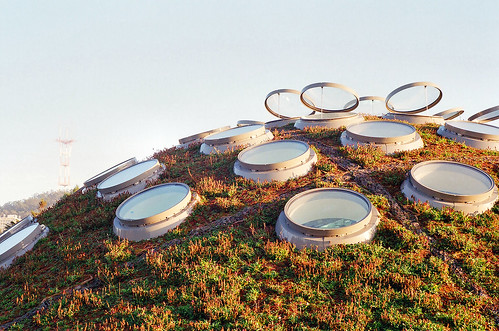 It seems that Middle Eastern countries, particularly the United Arab Emirates, are far ahead of the United States in terms of cool, yet energy efficient outdoor spaces. But as technology continues to develop and as concern over global warming grows, perhaps the U.S. will see more cool, earth-conscious outdoor spaces. Yes, Phoenix, maybe even you.

Zelick Gimelstein, Marketing Director of The AC Outlet, is a frequent contributor on home energy-related topics. Having learned the many facets and nuances of the industry from the company’s principals—who possess years of general construction and HVAC distribution experience—he enjoys sharing knowledge about both residential and commercial heating & cooling solutions so that end-users may have a better understanding of their needs in terms of comfort, energy usage, and sustainability.