The explosion of advanced program management software has streamline workflow for many businesses. But there are a lot of options out there and each of the major management software programs has different features to appeal to the needs of a particular client. In addition, some of the programs are free while others require a purchase to obtain the full version.

Yammer, Salesforce Chatter, and other leading program management tools vary considerably in terms of their complexity. Not all businesses will require the use of every feature. A comparison of these business management programs reveals several major differences. Below we look at five of the top project management programs and how they compare. 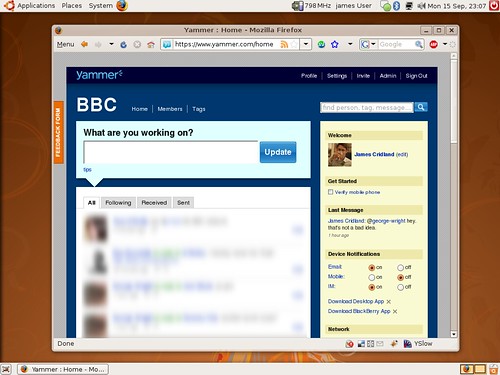 Some of the top considerations here include the ability to store information and the integration of mobile access. Yammer features a full application compatibility with Microsoft Office and SharePoint connectors, something absent with Salesforce. Both Yammer and Salesforce offer mobile access with Blackberry, Android, iPhone and iPad support.

Basecamp has been around for eight years and its design has remained virtually unchanged until now. An updated version of Basecamp has just been released that includes a new project timeline similar to Facebook. New messages and comments are posted in real time, eliminating the need for page reloading. The auto save features have been expanded to every part of the program.

The new version of SharePoint will include SkyDrive Pro. It can only be assumed that the SkyDrive feature will reduce or eliminate one of the most common problems users have with this software – the attacks by file synchronization services – and Microsoft is betting on a very warm reception.

Currently, SharePoint has a very easy to read page setup, performs well in the areas of data sharing and social media, and allows users to expand the number of unique project files without causing clutter.

This program is often compared to Basecamp, mainly because of its appearance and functional controls. Central Desktop is an online platform however. It is not designed for use with Linux, Mac or Windows.

Both Central Desktop and Basecamp have a wide range of functionality capacities including document management, web application, and issue tracking. Where Central Desktop falls behind is in the categories of project portfolio and scheduling.

The two programs are nearly identical in their project management features. They have similar automatic notifications, calendars and project templates. Central Desktop has one advantage over Basecamp, and that is the helpful video tutorial that comes with the software.

The popular Salesforce Chatter programming is free, accounting perhaps for its lack of advanced functions. SharePoint offers a free trial version with no obligation to purchase the full package. Basecamp has a monthly usage charge that is based on the number of programs included.

The basic Yammer program is free, with a charge for administration add-ons. These are only a few dollars for up to 10 features, some of which may not be needed by the business. Pricing for Central Desktop is also need-based, with the professional office plan costing upwards of $100 per month after the free trial expires.

How Does A Solar Panel Work?