Personal Computers are Everywhere, But Do We Really Need Them Anymore?

A computer terminal is not some clunky old television with a typewriter in front of it. It is an interface where the mind and body can connect with the universe and move bits of it about. 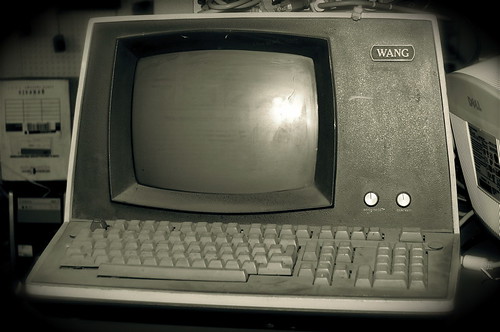 When humans first invented the computer, they thought it was a calculator. It only took a few years to realise this was completely wrong – it was actually a new kind of typewriter. Then some bright spark realised this was complete rubbish, and that computers were actually calculators, televisions, typewriters and the postal service all rolled into one. Like all great scientific theories, this view didn’t last very long, and we now know what the computer really is; an advertising brochure.

In terms of hardware meeting a need, the typical personal computer setup is very old-fashioned, and has changed little since the early days of computing. Douglas Adams’ description is important in that it recognises the essential nature of the components we spend so much of our time interacting with – our screens, mice, keyboards and applications are just simple interfaces allowing us to harness the power of far more complex things.

These human-computer interface components are the only ones users actually need to perform their computer tasks, and there is no good reason for us to be aware of the motherboard, CPU, hard drive, RAM, fans and the rest unless we are in a technical role in the industry. If you consider that in 40 + years of commercial PC production the mouse was the single most important interface development, touch screen technology seems long overdue!

So why are personal computers nearly obsolete? Well, the vast majority of people just don’t need these big, clunky, expensive, power hungry objects dominating their living space and working lives. I know plenty of people who have all but abandoned their desktop PC in favour of smaller, more elegant solutions to their various digital needs. If you access the most common internet functions of email, web search, social media sites, journey planning, online shopping, cinema tickets etc – you are much more efficiently served by a Smartphone, notebook or ipad type device. 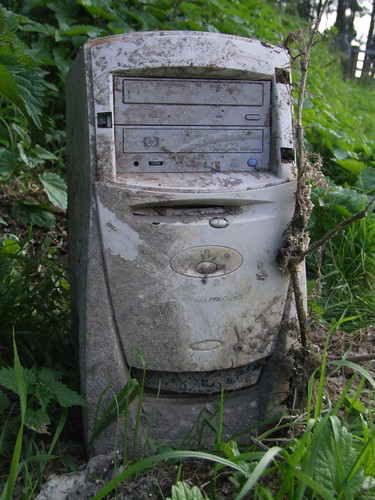 I recently caught myself switching on the computer just to look up a train journey. Powering up a machine with over 6ghz of processing power, a 500 watt power supply and a separate 24” screen just to type “train times to London” is a bit like calling in an airstrike to take out a Mosquito. If we were all using virtual machines, cloud services and operating only portable and more efficient human interface devices that rarely – if ever – need to be replaced, the environmental and economic savings would be immeasurable, as well as enabling equal access for the world’s poorest.

The current computing model of personal hardware ties us all into regular upgrades – creating masses of waste through disposal of old computers and the manufacture of their replacements. If users owned devices which met only the human-computer interface functions, there would be little or no need to constantly upgrade. All improvements, upgrades, and technological developments would be made at server and infrastructure level, giving us all much less to worry about.

Until it’s recent forays into the hardware market, Google has followed this efficient model in all its services right from the start. In the same way people do not need to locally store and index their own copy of the internet, many are relying on remote computing power to perform most of their daily tasks – from streaming video to managing work documents. They simply don’t need that whirring box under the desk any more.

There are still exceptions to the argument – multimedia producers, software developers, scientists running simulations – or anyone analysing enormous amounts of data – still needs plenty of local computing power. Projects such as SETI harness the power of millions of users’ local machines to help sift through otherwise impossible amounts of data. But ultimately, with a little more development, all these users will be able to move to a far more efficient cloud-based computing model.

Plenty of businesses are running on networks with virtual machines simulating individual desktops for each employee, saving cash and the environment in the process. Chromebook users are utilising a new, simple interface thinly disguised as a laptop, and the iPad is not all that different. Although differing in their concepts of ‘the cloud’, both Apple and Google are pushing users in roughly the same direction.

Whatever our computing needs and habits, we should all think about it carefully before making yet another investment in an object that’s already obsolete. What else would do the same job? Do we even own it already?

The time has come for people to see the personal computer for what it is; just a particularly ugly, unwieldy and impractical interface device. There are better options for most people – it’s the 21st Century!

About: Gez Hebburn is a writer, blogger and technology freak with too many guitars and a mountain of legacy computing equipment to deal with. He is helping a neighbour build a swimming pool at weekends and researching the benefits of above ground pools.