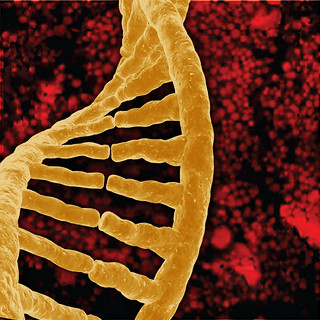 Year after year, law enforcement agencies solve a greater number of crimes because of DNA. With over three million DNA samples on file, the UK database remains the largest in the world. The South Australian Police database contains over 97,000 DNA samples. Officers typically obtain samples from any suspect arrested for a crime. The samples stay in the database whether or not individuals receive convictions. Officers might also use the database when narrowing the search for suspects based on gender or ethnicity. By cross-referencing existing DNA samples, officers identify suspects because individuals may have blood relatives on file.

An arrest and conviction for a manslaughter case occurring in 2004 proved successful because law enforcement identified the criminal based on family DNA samples recorded on the national database. The advancements in forensic science along with improved investigative techniques found DNA evidence that proved beneficial in over half of the arrests and crime reports filed this year. Officers now routinely solve crimes using DNA samples. Using the Interpol database, officers also have the ability of identifying suspects having committed crimes in other countries.

From miniscule samples of blood, hair, saliva or semen found at crime scenes, laboratories identify suspects by searching for 11 specific markers. These markers, called Short Tandem Repeats, revolve around gender indication along with repetitive sequences that are unique to every individual, similar to an individual’s fingerprint. However, courts take into consideration the possibility of human error and sample contamination. DNA matches found in a laboratory must accompany additional substantial evidence for a conviction.

In attempts at reducing the likelihood of errors, the European Network of Forensic Science continues research into developing a 13 to 15 marker DNA identification system. Along with advances in analytical and chemical sciences, the ever-expanding database influences the importance of using DNA profiles during police investigations. Law enforcement officers increasingly identify suspects through DNA samples rather than searching for likely suspects linked to specific criminal activity. Additional advancements include having mobile laboratories available on crime scenes for instant DNA analysis.

Assigned to organised crime and motorcycle gang activity, the Crime Gangs Task Force arrested and or reported over 80 motorcycle gang members and over 90 of their associates from 2011 to 2012. The department also confiscated 1,175 grams of amphetamine, 5,319 grams of marijuana, 130 marijuana plants and 165 ecstasy tablets. The officers also intercepted 927 illegal drug sales, confiscated 29 firearms and $139,000 in addition to issuing 42 restraining orders.

Police Commissioner Gary Burns states that victim reported crimes dropped over five percent in the last year and over 40 percent since 2001. Law enforcement officers also continued ensuring the safety of the country’s highways. So far this year, officers conducted 563,594 driver-screening tests, which included over 42,000 drug tests. Officers also clamped or impounded close to 8,000 vehicles, an increase of almost 500 vehicles compared to last year.

Statistics indicate that the efforts of private citizens are also having an impact on crime. The Bank SA Crime Stoppers reported 18,534 situations that solved 2,066 crimes, led to 1,166 arrests and helped recover $261,645 of cash and personal property.

Derek is an active technology blogger. He also enjoys volunteering for the local fire department. The following article is for court dna testing.

When Would Your Business Need To Rent Equipment?