If you check the labels on produce or meat products in your local supermarket, you’ll notice some from a neighboring state or even across the country. With California producing almost 50 percent of America’s produce, if you live on the East Coast, your groceries traveled thousands of miles over many hours before it reached your kitchen. This is only possibly because of technology. More specifically, refrigeration, which we may take for granted today but it revolutionized the agriculture industry in the early 20th century. Here are four other examples of how modern technology is changing the world. It’s a luxury to have a personal driver. The possibility of lounging in the backseat reading the morning paper while sipping coffee would make commuting less stressful for many. Though not quite the same as a personal driver, the autonomous technology recently made available in limited functionality by Tesla Motors for their Model S vehicle and in development at most of the top automobile manufacturers would make it possible for drivers to take their hands off the wheel and their foot off the pedal. One of the biggest benefits will be the increase in safety by removing the human error that’s a factor in most automobile accidents.

From mixers and deep fryers to espresso machines, advancements in technology have made it possible to bring culinary tools formerly available only in restaurant kitchens into our homes. The work required for hand-preparing homemade pasta or bread, for example, makes it difficult to prepare often when you have a busy schedule. The modern mixer has eliminated most of the work, making it possible to fill your home with the aroma of homemade bread more than just during the holidays.

The Industrial Revolution marks one of the most significant periods in human civilization where rapid advancements in technology completely changed the world, from assembly lines to increase production to the steam engine, which increased the transportation of goods. Today, technologies like industrial robots from manufacturers like ABB or the electric stirrer from Arrow Engineering has further streamlined the manufacturing process to increase production while reducing cost, which translates into a wider array of products at a lower price for consumers.

Access to the Internet and social media in particular played a direct role in changing the world during the Arab Spring, which toppled governments and brought change to several countries in Northern Africa and the Middle East. In a study from the University of Washington, the ability to share information, engage in discussion and offer live updates rendered the Internet a platform for unity and inspiration for others starting revolutions in their own countries.

In the last 50 years, modern technology has completely transformed the world, turning former science fiction fantasies into realities that improve our daily lives. Our imagination is the only limit to what comes next. 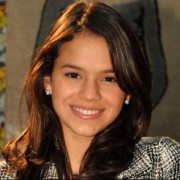 Signs You Need A Gaming Laptop (and How to Buy One)