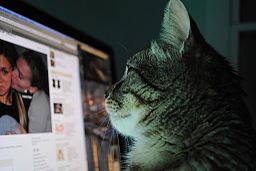 Through Facebook Follow, following your friends activities is made easier because wandering from app to app or from site to site to see what they’re doing is no more included in the picture. There’s a catch, though – you will be forever stuck with hundreds of Facebook ads as you browse along your News Feed.

Developers’ Ideas on Follow
Facebook Follow is praised by most developers who connect to the users through Facebook. This new action reminds users to visit their apps as often as possible since their friends’ activities using such apps can be viewed in the News Feed and will be acted upon at will.

Facebook’s Future with Follow
Up until now, web services and mobile apps release their updates and other content through their individual in-app content feeds, a process that isn’t bringing in much monetisation in various app providers and in Facebook itself.

As Facebook grabs content from apps, incorporates ads in them and charges app providers for more content exposure, the referral traffic for the apps increases, and the earnings of Facebook skyrocket. This two-birds-in-one-stone strategy also maximises user log-in and activity time on Facebook, maintaining the average of 441 minutes per month for just one user. Most app providers who want more traffic to their applications will be more than happy to tag along this strategy and pay for more content publicity.

HomePage Development offers a range of services, including search engine optimisation, which will help your business get the online reach it needs to succeed.

7 Reasons Why Online Games Are Good