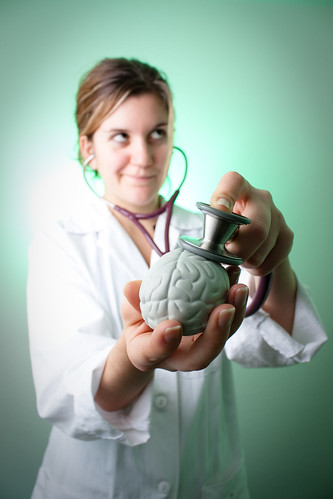 Health officials from all medical backgrounds including neurosurgery have concluded that there is no cancer risk associated with cell phone usage. That does not mean that research into the potential risks has stopped or that the debate isn’t ongoing, in fact it’s been quite the opposite. Scientists continue to assess the potential links to cancers of the nerves, brain and other tissues in neck and head from cell phone use. And some scientists continue to raise concerns over the risks of prolonged, long-term cell phone use.

Since 2000 the number of cell phone users has witnessed a phenomenal increase in users with estimates globally at over five billion users; 303 million in the United States alone. With the number of users increasing so too has the length of time that people are using their phones on a daily basis.

Cell phones emit what are called radio frequency energy, or radio waves that are a form of radiation, but non-ionizing radiation. Your body tissues near to phone will absorb these waves. Unlike medical-x-rays, which have ionizing waves, which is linked to a cancer risk, there is no substantive evidence linking non-ionizing waves to cancer.

The one effect on your body from  non-ionizing waves is an increase in heat but cell phones cannot generate enough heat to increase our body temperature. What research has shown is that when a person is on the phone for at least 50 minutes, the side of the brain closest to the phone metabolizes more glucose than tissues on the other side, but the effects of this increase in glucose metabolism are not yet known.

Much of the evidence linking cell phones to cancer is anecdotal and therefore does not arise from extensive scientific study. Studies to date show the opposite conclusion. In order for non-ionizing waves to cause cancer they would have had to cause damage to a cell’s DNA and to date this has not been evident. Even recent studies of people with tumors that have used their cell phones for 20 years have concluded that there is no link between cell phone use and cancer, including lymphoma, leukemia and tumors. Doctors specializing in neurosurgery, concerned as they are with the nervous system particularly the brain, are just one group of medical professionals undertaking these studies.

Scientists from important institutes like the American Cancer Society and the US Centers for Disease Control and Prevention agree that there is no conclusive studies to show a relationship between cell phone use and debilitating health concerns like cancer. Nonetheless, the American Cancer Society recommends that if you are concerned about your health and cell phone use, limit your exposure by using an ear piece.

Mercedes Potter is a part of an elite team of writers who have contributed to hundreds of blogs and news sites. For more information on Oklahoma neurosurgery and facts, follow her on Twitter @CedesPotter.

The History Of The Air Conditioner

Developing Trust Within IT Outsourcing Relationships: How And When Do We Disclose?