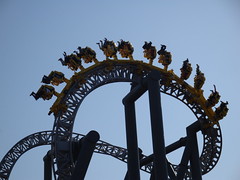 If you are not interested in engineering as a career, you may not realize the impact engineers have had on our world. Engineering requires a lot of school and willingness to learn about how the world works. They have a role in so many activities and events that take place around us.

Snowboarding is a hardcore sport, but it didn’t mean it didn’t require brains to come up with the extreme activity. You may not have realized the inventor of the snowboard was actually an engineer. The entire design has to coincide with the snow so it can gain movement. We can thank our engineers for making our life a little more extreme.

Our aqua theme parks were built for an exciting day, but it started with an engineer’s planning. The whole idea of a water slide works with the concept of physics. The amount of water used and the steepness of the slide impact how extreme the ride will be. Water slides are refreshing, as well as a good adrenalin rush. Without an engineer, we would not have them.

Have you ever ridden a roller coaster or designed one in the game Roller Coaster Tycoon? The game touches a lot on how an engineer thinks when a roller coaster and theme park concept is started. Before roller coaster and other fast rides, the Ferris wheel was the mind-blowing ride. Today, our amusement park rides are faster, taller and safer than ever. Engineers play a role in just about every aspect of the park including the lighting, crowd movement, and (of course) the construction of the rides.

The graphics in our movies today have advanced so much, especially since 3D movies are growing in popularity. They continue to get better with every movie, and engineers are to thank for this. Computer engineers assist in making the graphics look more realistic, so its harder for us to decipher if something is real or not in the movies. Every explosion, every monster and seemingly impossible stunts in a movie would not be nearly as impressive without the help of an engineer.

Did you ever think about how your shoes are created, and that maybe an engineer had a major role in the creation of them? Engineers work to create shoes, especially, so that we can walk comfortable and safely. They study how our bodies work and how to create shoes with minimal stress on our bones and muscles.

Jamie Aldson loves trying to figure out how everything works around her. Whether it’s as simple as a television remote or figuring out what a t-slot extrusion is, Jamie will always be ready to learn something new.