The Rose and Crown in Ratley, Warwickshire, is reputedly haunted by the ghost of a Roundhead said to have been decapitated there.

Nearby Edge Hill is renowned in British history as the scene of the battle which signified the first major conflict of the English Civil War, where Oliver Cromwell’s Parliamentarians fought with Royalists loyal to Charles I.

Seven years later, King Charles was executed at Whitehall, ushering in Cromwell’s protectorate rule and the Commonwealth of England.

Today, this peaceful part of central England is home to some spectacular countryside, where lovers of history and enthusiastic walkers can indulge their twin passions.

The Battlefields Trail is a 20-mile footpath running through three counties, taking in the civil war battle sites of Edgehill in Warwickshire and CropredyBridge in Oxfordshire, and the scene of the earlier Edgcote battle in Northamptonshire during the War of the Roses.

Beginning at Chipping Warden in Northamptonshire and ending at Kineton in Warwickshire, much of the trail is fairly undemanding, although it does contain a number of stiles, and the Edgehill route includes some reasonably steep climbs and descents. 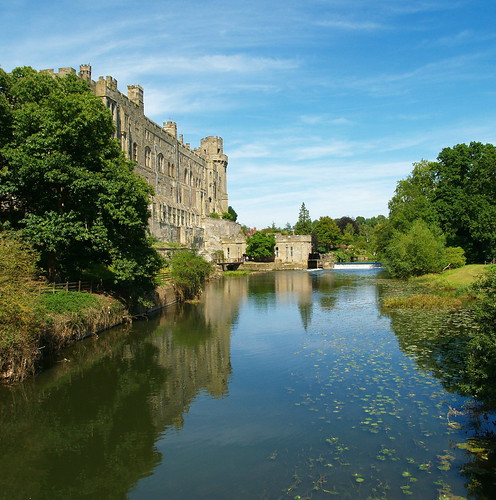 What Else to See

Warwickshire is also home to the mediaeval castle built by William the Conqueror at Warwick, famous today for its living history battle re-enactments and eerie ghost walks, and entertainment as diverse as Jessie J in concert and the Royal Philharmonic Orchestra’s summer proms.

Nearby too stands KenilworthCastle, where the Earl of Leicester received visits from Queen Elizabeth I.

Further south of the county lies Shakespeare’s Stratford upon Avon, with its Royal Shakespeare Theatre, Anne Hathaway’s Cottage and Mary Arden’s House – the childhood homes of his wife and mother respectively.

For younger history buffs there is the award-winning Falstaff’s Experience, which gives a fascinating – and sometimes scary – insight into Tudor times, and for those who really like their history to come spookily to life there are lantern-lit ghost tours every evening.

For those who enjoy combining their love of the past with an appreciation of art, there is nearby Compton Verney, a listed Robert Adam mansion in Capability Brown parkland housing permanent collections including 17th century Neapolitan art, British portraiture featuring work by Sir Joshua Reynolds, and the largest collection of British folk art in the UK.

He was promptly beheaded…and his ghostly presence has lived on at the pub ever since!

Nicki Williams is a walking enthusiast and history lover writing for Gear-Zone, stockists of all the leading outdoor footwear brands including Scarpa, Brasher, Meindl, Merrell and Salomon.

Colby Rasmus Back On Track?