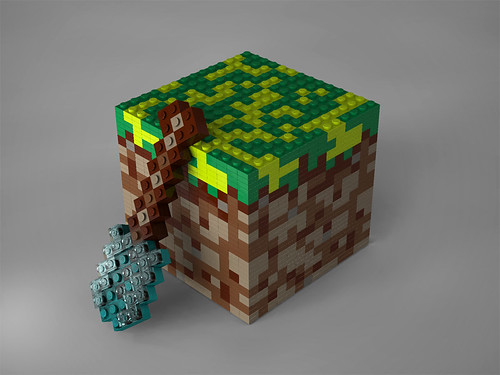 Lego is one of the most well known names in the toy and hobby world. Everyone remembers playing with it when they were younger and some never stopped, making it into an all-consuming hobby as they got older.

For those who treat Lego as seriously as others treat their job, Lego Cuusso was developed in the UK in 2011 and is a homemade platform which allows anyone with an impressive build to showcase it for fellow Lego fans to appreciate. The other feature of Cuusso and probably the primary one for Lego fanatics is that they can submit a lovingly crafted, concept design and aim for it to be released as an actual Lego product. To a Lego enthusiastic this must be the equivalent of having a part in one of the film trilogies to a star wars fan – pretty amazing.
Members can post pictures of their designs (some extremely impressive!) and the Cuusso community are then able to vote. Ideas which are supported by 10,000 votes or more are then looked at by the Lego team and have the chance to become real products sold in Lego’s retail stores. It is also a chance to earn a bit of cash as anyone who designs a successful idea will earn 1% of the total net sales. Cuusso may be a relatively new concept here but has proved to be very popular over in Japan and in February 2011 the first successful idea was produced for the consumer market was the Shinkai 6500 submersible.

Currently Lego Cusso have launched their Minecraft project in conjunction with the open world video game where users can build worlds for themselves in cyberspace. This is after several Minecraft and Lego fan sent in pictures to Cuusso of their models which were inspired by the game and subsequently reached over 10,000 votes very quickly. After pressure on message boards and forums Lego made the move towards discussing the possibility with the Minecraft developers of putting something together which would then go on sale in toy stores.
There are several other products currently in the Lego submission stage included Lego Back To The Future and Lego Legend of Zelda, both well known franchises.

The voting system however, is fairly easy to manipulate and could lead to some rather undesirable projects reaching the required 10,000 votes if Lego don’t address this and put something in place. There are a huge amount of forums and chat rooms out there which begin campaigns to increase voting on several projects, Minecraft being one of them. Campaigns can spread like wild fire, with Facebook and Twitter helping along the way to influence fans to vote on particular projects. Unless Lego find a way to prevent unsuitable topics being voted for via underhand methods they may well have problems in the future. Check out these examples work produced with Cuusso in mind:

This guest post has been produced by Legoland Holidays; your source of offical provider deals on stays at the brand new legoland hotel.