Early next week, Panasonic will be ready to release its new Near Field Communication (NFC) enabled washing machine in Japan.  Users will be able to download different wash cycles appropriate for different detergents right to the machine, from outside the home, or by tapping their smart phone on the appliance to start it cycling.

Questions that come to mind here might be, “Why would you want your washing machine to be programmable from elsewhere?  Wouldn’t it be simpler just to start the washing machine while you’re standing right next to it?”  The answer is that you can do so by simply tapping your smart phone lightly against the machine, which lets you choose the proper settings without fiddling with the controls.  It takes advantage of NFC, and it is coming soon to appliances near you.

The release for Panasonic’s new refrigerators and room-sized air conditioning units is set for later on in the fall.  These will be controlled through Panasonic’s Smart App, available without charge from Club Panasonic, just by registering as a user of their smart appliances.

Owners of Smart-App health care devices will be able to make and use graphs to track weight loss or calories used during the day, or track their blood pressure over time, something physicians will find useful for fine-tuning their patients’ hypertension treatments.

Panasonic is marketing its smart solutions as technology that will make the user’s life more convenient, comfortable, and energy-efficient.  The company is trying to re-establish itself in the international marketplace, after withdrawing from it back in 2005.  It is increasingly targeting smart phones to interact with these new, George Jetson-like appliances with its “cloud” service.  These products are only being released in Japan for now, but will no doubt become available elsewhere in the near future.

Refrigerators which can keep track of how many times their doors open and track cooling efficiency, air conditioners enabling users to track the level of power usage and efficiency are helpful for those concerned by environmental issues.  It seems that Panasonic is definitely trying to set itself up as a leader in the “green technology” area, a commendable goal.  All these devices are to be interactive with the Android App, with manuals and problem-solving tips for users.

A big sticking point might be the cost of these appliances, which will put them most definitely into a high-end price range.  It is estimated that the air conditioning units might cost the US equivalent of $2650 up to $4100; the washing machines could be as high as $4700, well above most consumers’ price range.

Experts in the fields of energy management and use say the best consumer bets for smarter appliances are refrigerators, hot water heaters and air conditioners. According to www.greentechadvocates.com, other appliances, such as dishwashers and laundry machines already have timers so they can be set to start on a delayed schedule. 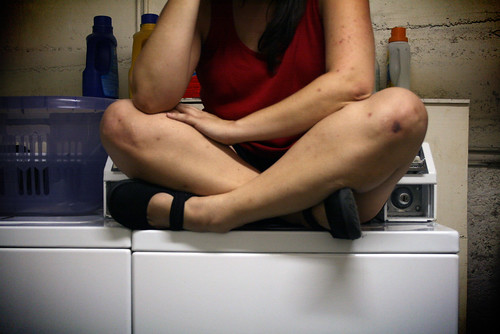 Most other appliances can already be used only on demand and when needed; in fact, customer response generally is that it might be cheaper to hire a housekeeper than to spend a lot of money on electronic gadgetry that is not really needed or particularly useful.  Do you really need for your refrigerator to provide you with a weather report?  Ordinary, garden-variety appliances are much more efficient today than those sold even just a few years ago.  The cost-to-benefit ratio doesn’t pencil out for most consumers.

According to a story from the New York Times, (www.nytimes.com) the most wanted “smart tech” device is probably LG’s smart vacuum, which can be told to clean up the living room and also has a built-in camera so its owner can watch over the nanny or keep track of the dog.

Back in 2000, Sunbeam spun off a division called Thalia Products to investigate and manufacture “smart” appliances.   John Hamann, its former chief, was quoted in the article as saying, “…there is still way too much emphasis on technological wizardry and far too little on consumer benefit.”

One big concern for some is the possibility of using such appliances for information gathering.  In an article on www.mobiledia.com, CIA Director David Petraeus has said that the government could, and probably would, spy on citizens through their appliances as “smart home” devices become more common.  Integrated GPS and Radio Frequency trackers embedded in some of these devices could make it possible to do so, without too much concern on the part of agencies that do such things.  The CIA is prevented by law from spying without a warrant, but multiple cases involving the use of GPS tracking data raise concern that laws predating today’s technology could be interpreted in a vague way, especially for information stored in the “cloud.”

The more connected you and devices in your home are, the more data and stored information could be prone to search by law enforcement.  A comment by a reader asks, with hackers getting into banks and various “secure” government sites, how long will it be before someone from your health insurance company wants to get a look at what kind of food you buy, from your “smart” refrigerator?

Appliances and devices for the home are getting better and more interesting, and there will come a time when the cost comes down and more people will consider getting them.  It will also be interesting to watch how these other issues will sort themselves out. 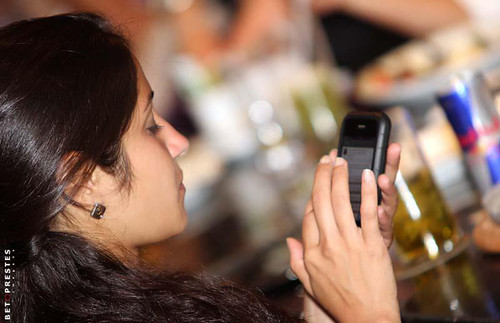 Use A Broadband Checker – Are You A Winner In The Post Code Lottery?