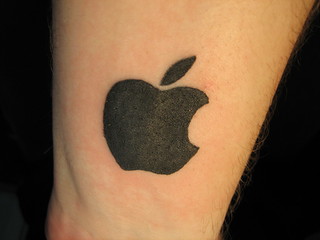 Apple’s motto of “think different” helped to rally the company back from the brink of failure 15 years ago when Steve Jobs returned as its CEO. The iPod and iPhone changed the way the world communicated and listened to music, with hordes of loyal users lining up outside stores days ahead of a new release. Apple is not as amazing as it would have everyone think, though. Six big reasons why are outlined below.

Nearly everything people use in the digital world comes with a set of terms and conditions, so it is common to just agree to them without reading first. For example, iTunes may pop up a message stating that the terms and conditions have changed, and the user must agree to continue. The agreement is as easy as a single tap, which is what the company counts on.

Last year, an update to the iPad gave Apple the privilege of debiting users automatically for downloaded products, such as magazines, that gave the impression of being free. The products later turned out to be a free trial.

The iBooks end-user license agreement allows Apple to take a cut of whatever is created within it, and to decide whether the work is worthy of sale. In addition, the work may only be sold through Apple.

In 2011, it was discovered that the iPhone, the most popular phone on Earth, was logging user locations and saving them to a file, which was synced to the user’s computer. This was done without user knowledge or consent.

Apple stated the action was a “bug”, and that it has since been fixed.

The New York Times reported that Apple pays a mere 9.8 percent in global taxes, which is far below the 24 percent threshold for big multinational companies. While some may think this is a good strategy that benefits Apple’s shareholders, most look at it with raised eyebrows.

Apple is not known for its genorosity, either. When Jobs returned as CEO, he stopped the company’s philanthropic efforts. It was not until recently that the company began to donate some its profits to charity. Even a small, NJ SEO company would not have been so stingy.

Apple outsources its hardware manufacturing to a Taiwanese company called Foxconn, which was the scene of a recent riot that pitted employees against one another. It has also been the location of suicides by workers who despaired over poor conditions.

While it is not clear if Apple is responsible for the events, hitting the company in its bottom line may cause it to pay closer attention.

Apple has shown its disdain of competition by blocking apps and games in its store because it saw them as a direct threat to its dominance. One example is Google Voice, which is considered by many to be a huge step forward in voice services.

The company also makes it difficult get a Mac computer fixed, due to specific hard drives and custom-made screws, which require a special tool to remove.

It has been predicted that by year 2041, Apple will have taken over the world. This is the best reason to stop buying its products.

Derek is an active tech news blogger. He writes for multiple blogs and is always trying to find the next big thing. The following article is for a nj seo company.

Home Security With Theft On The Rise

The Benefits Of Having A Wireless Headset