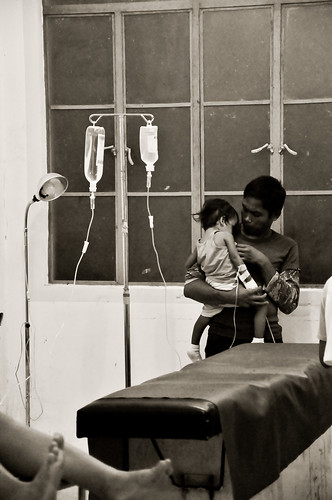 First, we get eight more years. Life expectancy rose from 69.9 to 77.9 years. Quality of life has also improved. Recent articles in major magazines claim that 60 years of age is the new 40. Many people live vibrant, active lives into their 80’s and even 90’s.

Infant mortality is way down; from 26 deaths per 1000 live births to a mere 6.7 deaths. Major strides in infant care have transformed many certain deaths to easy to overcome complications.

What Are We Doing?

Smoking rates are down from 42% to 21%; exciting news, except when you consider that one in five adults still smoke. By future standards, this is still ridiculously high.

Cardiovascular disease is still the number one killer. But deaths due to CVD are down nearly 60%. Much of this isn’t due to a decrease in CVD as much as it is a result of improved emergency care during heart attack or stroke and long-term follow up care afterward. Acute myocardial infarctions (heart attacks) that used to require dangerous, invasive, bypass surgery can now be resolved with angioplasty and stents.

Cancer is down across the board except for pancreatic cancer, liver cancer, and prostate cancer in men. Again, these numbers do not reflect the number of cancer cases but a higher survival rate among most cancer patients.

The weak spot in US health is diabetes, which has tripled in 50 years. Medicine has improved treatment but has found no cure. The American diet and lifestyle have been major contributors to this epidemic. Without the improvements in medicine in the last 50 years, it would be an even larger catastrophe than it already is.

What Did We Expect?

Victims of Our Own Selfishness

The unfortunate reality of a triple increase in the cost of health care may be that we expect more from health care and less from ourselves. A 21% smoking rate, in light of current medical fact, is reckless to the extreme. Diet and lifestyle patterns have not improved in 50 years; they have declined. Many improvements in health care exist despite our choices rather than because of them. Health care knows it can’t spoon feed us or physically slap our hands when we reach for a dangerous substance. It has been doggedly saving us from ourselves for over 50 years by improving medication and procedures that solve problems after we create them. Costs for this benevolent policy have become naturally higher due to the need for constant research and development.

It is impractical to believe that continued improvement in US health can come exclusively from the health care industry. Individual responsibility and good sense will eventually have to kick into high gear. The vices we love – smoking, drinking, recreational drugs – and weekly Thanksgiving-sized feasts will have to give way to moderation; while activities we shun, like exercise, adequate sleep, healthy diet, and reduced stress, must become more important. Doctors have been saying these things for years but medical advice has fallen on deaf ears. If in the next 50 years, people take more responsibility for their health, the personalities of health care professionals are such that improvements into the 21st century will be awesome.

Claire Hunt is a freelance writer who specializes in health and medical issues. She blogs for many companies, including CIA Medical, one of the distributors of 3M Healthcare Products.