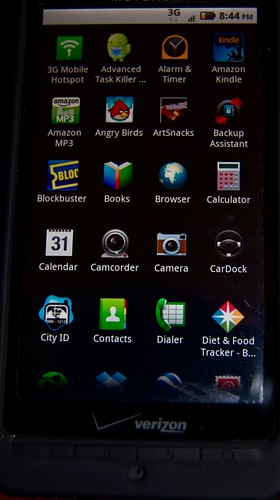 Now that smartphones have finally made it into the mainstream, companies from almost every sector are scrambling to get an app made, and this means that there are a lot of jobs available for developers that have the skills required to make mobile applications.

Demand for mobile app developers is huge. In the first quarter of 2011, I.T. jobs site Dice.com saw an increase of more than 300% in the number of Android development jobs posted, compared to the same period in the previous year. Postings for iPhone development jobs also rose, by over 200%. Similar increases were found on other job listing, and freelancer related, websites.

The skill sets required of a mobile app developer are similar to the skills already possessed by web developers, but not everyone can make the transition. There are lots of web developers out there that have an understanding of Java, XML, and other essential skills that find it difficult to transition to the world of mobile apps.

The biggest challenges are performance and usability. Web developers are often used to dealing with powerful desktops, big screens, and fairly standard user interface conventions. It’s likely that the user is viewing the site in one of the three main popular web browsers, on a screen at least 1024×768 pixels in size, and they’ll be navigating using a keyboard and mouse.

A mobile app developer has far less certainty about how their app will be used. While Apple have standardised their products, in the Android world, a developer will have to consider the size and orientation of the screen, the presence (or lack of) a keyboard, various kinds of touch-screen, and various processor speeds. The Android SDK offers a number of tools to deal with unknown screen sizes, scaling, and orientation, but the developer still needs to think about how easy their app will be to use under a wide range of conditions.

Web developers that have a strong understanding of usability, in addition to the ability to write fast, robust code and clean, efficient markup, have the best chance of doing well in the world of mobile app development.

Mobile apps tend to be quicker and easier to write than full desktop applications, and people that have successfully written and published a polished app (even a fairly simple one) will have an advantage in the job market over developers that have had formal training, but have no published software projects under their belts.

The most successful app developers are ones that understand their users. A simple, clean and polished app that works well and is easy to use is more likely to do well than an overly complex mobile application that looks more like a desktop program that has been ported over. Usability experts recommend staying away from dropdown menus and elaborate options screens in favour of easy-to-access options and big buttons that are easy to activate even on the most quirky of touch screens.

HTC unleashes the Wind – A dual SIM One S

How To Change Carriers While Under Contract