Video games used to be something many people around the world would sit around and play. We definitely weren’t getting any exercise but we were having a blast. It wasn’t uncommon for someone to sit around for hours, sometimes the majority of an entire day and not do much of anything else. For the most intense of gamers, this could mean sleepless nights and two days in a row of intense gaming; definitely not good for the body.

What’s so exciting about video games these days is the fact that they are becoming more interactive than ever. Instead of sitting in one place and controlling a character, you are actually becoming the controller in some instances. So, you are getting a great workout, while also enjoying your down time. (Who doesn’t love exercise that doesn’t even feel like exercise?)

Getting More People Off The Couch

Video games these days are helping people get fit. While exercising can be extremely effective, if you aren’t having a good time doing it; there is a high chance you won’t continue because you’ll lack proper motivation. This is why so many parents as well as their children are turning towards video games as a way to get fit. Since you don’t have to leave the house, exercise can easily become a part of your everyday life and a fun part. Can you imagine looking forward to your workout? That’s how it should be! 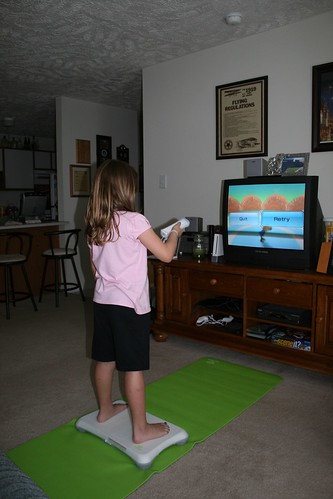 The Wii began this exercising craze about six years ago when they became the first console to make it possible for you to use your controller in a whole new way. You actually have to point the controller at your television, similarly to how you play various games at arcades. The Wii offers many fitness programs, Zumba being one of the most popular these days. You actually get one on one training with a professional dancer and it’s extremely interactive; allowing you to feel as though you’re in a dance class, but without needing to leave your home or spend a single penny. 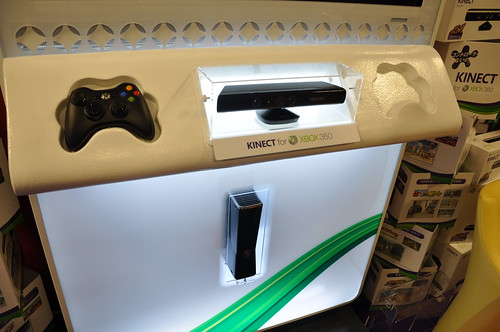 The Kinect for the Xbox came a few years later, offering you an even more interactive experience, minus the controllers. That’s right, with the Xbox Kinect, you actually become the controller. Anything you do is displayed and tracked on the screen. The Kinect can also recognize each individual who plays, so if you swap places or someone walks away, the console will know. There are a wide range of games for people of all ages available with the Kinect; many of which are multiplayer so you can battle it out and shed some pounds all at the same time. 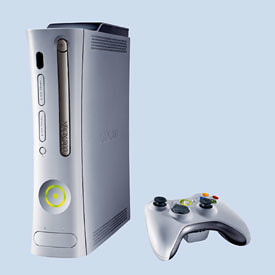 You Don’t Have to Be an Athlete

What people seem to love the most about this new generation of video games is the fact that you don’t have to be a pro or have any athletic abilities at all. It doesn’t matter how often or how little you work out; all that matters is that you are willing to give it a try. There are varying levels of difficulty and two people can play each other on some games even if they are not using the same difficulty. So, people of all ages are able to come together and enjoy a single activity at their own pace.

Get the Most out of Your Games

Just like any exercise plan, you really must stick to it. Sometimes people find themselves getting so used to having their Kinect or Wii available to them on a daily basis that they do not use them as often as they’d once intended. Instead of telling yourself “I can do it tomorrow” or “I’m just not feeling up to it today”, push yourself to at least play three times a week. Start out with a small goal and work your way up. You’ll be glad you did.

We aren’t going to lie, in the beginning, you are probably going to become tired very quickly but when you continue to play on a regular basis, you’ll be able to handle a lot more than you had ever expected. It’s pretty amazing how our bodies adapt to changes in our lifestyles fairly quickly.

Make Time to Get Out of the House

Another problem that many people face is the fact that they use their Wii or Kinect and then don’t do much of anything else. Yes, doing some form of exercise is better than nothing; but if all you do is play your exercise games and then sit for the rest of the day, you’re not allowing your body to get the full benefit. Fully committing to staying fit is a must. It’s always best to have some form of warm up and cool down. This way your muscles are both prepared before you work out and slowly brought to a halt afterwards.

As you may already be aware, in order to get the full benefits of working out, you also need to eat well. Make sure to eat plenty of protein after working out as this is going to replenish your muscles and help your overall health. It’s also extremely important that you drink enough water. You want to drink between 32 and 64 ounces of water each day; preferably more towards the 64 ounces. Many individuals do not drink enough water naturally so this may be something you have to work up to.

Incorporating Games Into Your Life

It truly is amazing just how much one can benefit from working out. A simple 30 minute session by yourself or with your children can completely change your life. Not only are you getting to socialize which leads to a much more fulfilling life, but you are taking the proper steps into living a much more healthy life. Fun and health go hand in hand these days more than ever. Aren’t you glad you get to experience it first hand?

Hey I’m Stephane, playing games is one of my hobbies. To read more posts you can go here http://www.webmasterscafe.com/joomla-hosting-reviews/

Insurance on Gadgets: Solutions For Damage or Theft

5 Movies With Over The Top Product Placement