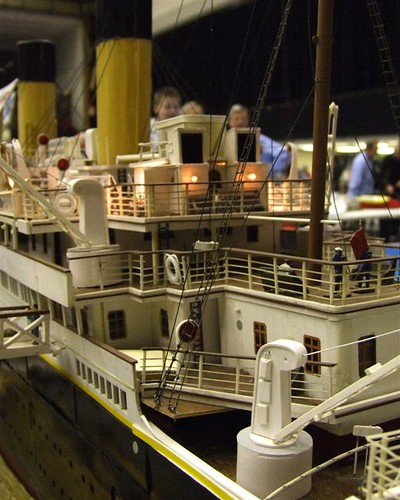 The Industrial Revolution brought with it an emphasis on modern design, and the field of engineering has been shaped by the lessons learned by those who strove to create modern marvels. While some of these feats still stand today, there have been some noticeable disasters. Engineering standards were fairly high by the middle of the 20th century, but there examples of where modern engineering has failed in dramatic form. Here are the five worst modern engineering failures.

1. Chernobyl Nuclear Disaster (1986)
Nuclear energy gave the world a form of generating high amounts of electricity in a way that could be nearly foolproof. Unfortunately, some earlier nuclear power plants had terrible design flaws. The Russian nuclear power plant in Chernobyl failed in a way that no modern plant ever could. While running an unnecessary test, workers set off a runaway reaction that lead to a fire that spread dangerous nuclear material over an area so wide that more than 300,000 people had to be moved. By using flammable graphite as a mediator instead of water and failing to implement proper safety procedures, the Russians designed a plant so bad that a similar plant in energy-starved Cuba was later dismantled.

2. Skylab (1973)
Shortly after Neil Armstrong and Buzz Aldrin walked on the Moon, people began looking at living in space, and science fiction literature largely revolved around space stations. The first such attempt at creating a semipermanent space station was Skylab. Unfortunately, Skylab was damaged during takeoff, and damage from micrometeors ensured that the space station could not be repaired. Costs reached well over three billion dollars, which would be substantially higher in modern figures. Despite efforts to save Skylab, it fell to Earth six years later after serving no purpose other than demonstrating the importance of top-notch engineering.

3. Sinking of the Titanic (1912)
The Titanic was the most impressive ship ever designed, and images of it still capture the attention of people today. As the most luxurious means of cross-Atlantic transportation, the Titanic was a marvel of engineering at the time, and it represented how modern engineering could marry beauty with performance. Unfortunately, design flaws and mistakes brought about its demise. After striking an iceberg in the North Atlantic, the Titanic quickly took on water and sank into near-freezing waters. Over 1,500 people froze and drowned in the aftermath.

4. Space Shuttle Columbia (2003)
After the Challenger disaster in 1986, NASA redoubled its efforts to ensure that space shuttles could fly safely. After maintaining a strong record for over 17 years, disaster struck again in 2003 as the Columbia space shuttle broke up upon reentry killing seven astronauts. Unfortunately, the Columbia disaster resulted partially from the same institutional recklessness that caused the Challenger disaster as management would not take the concerns of engineers seriously. The damage done to the wing on takeoff could have been detected if management had allowed the astronauts to look.

5. Diamond Crystal Salt Company (1980)
Drilling for oil remains a risky activity, but safety precautions help keep it safe. While regulations become lax at times, most operations proceed without incident. Unfortunately, mistakes sometimes happen. In 1980, workers accidentally drilled in the wrong spot in a lake. In doing so, they exposed the lake to sprawling caverns that had been mined in recent years. As a result, the entire lake drained out of sight underwater. The lake that formerly sat on the site no longer exists today.

The 5 Tallest Skyscrapers In The World