The Future Of Gamification Development

Gamification implements gaming qualities into traditionally work-intensive practices attempting to increase employee engagement on what are usually mundane tasks. Gartner Inc. predicts 70% of big business apps will integrate gamification by 2014. Providing workers with achievements or badges for accomplishing tasks improves their morale, productivity, and creativity. Plus, games are structured into manageable levels and time limits for a sense of urgency which is helpful for a productive work environment. Gaming apps are popular because they condition consumers to keep reusing them to collect more rewards. Enterprise app developers want this same effect on users to encourage repeated use and quick task accomplishment without distracting employees and wasting valuable company time. Businesses currently see rewards and achievements for every little accomplishment as tacky, counter-productive and immature. However, game elements utilized in business-oriented tasks benefits small businesses and enterprises immensely. Employees become more engaged and focused on their tasks because of the game design and more knowledgeable of the app’s entirety.

Although some critics of gamification find it intrusive and forced, examples of gamification already exist in many outlets that consumers or businesses hardly recognize. Successful online shopping services like Amazon, eBay, Origin and Steam offer small discounts after several purchases and have quick one-time deals that people only get if they act fast. The cheap prices attract more customers and the rapid fire feel of the offers makes the process like a game. Consumers benefit from thinking on their feet and returning constantly to their respective sites to check for new deals. This example isn’t a direct form of gamification but it still emphasizes competition and reward in a way that is addictive and scalable. 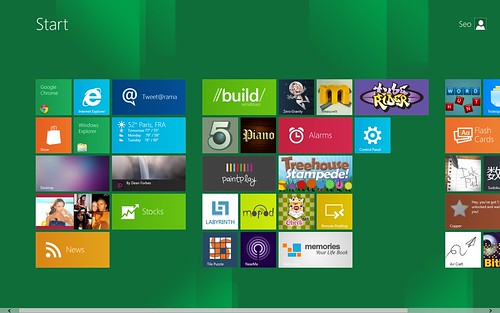 Recently, Microsoft introduced a plug-in for Visual Studio that unlocks achievements for the user as they progress in code developing and custom app projects. Additionally, developers can integrate achievements into the apps they are producing to encourage repeated and more efficient use. Practically any app can be modified to use achievements and other features allowing for customization instead of forced integration. Plus, these mechanics can be utilized across many apps so co-workers can track others’ progress and achievements, allowing for easy surveillance and recognition of completion. Developers can also implement leaderboards to track the most dedicated workers and encourage more competition among employees.

In a recent survey of over a thousand technology stakeholders and critics, the majority believed gamification will continue to be widespread across many businesses and be important to everyday electronic tasks. Windows 8 is being released later this year, and based on the way Microsoft found a way to implement gamification into Visual Studio, it’s fair to suggest gamification could be a large part of their new operating system. Developers have noticed applying fun to otherwise bland apps results in more productivity, and they will capitalize on the opportunity to capture audiences and keep them returning to their product.

The Foundation Stones Of A Successful Link Building Strategy