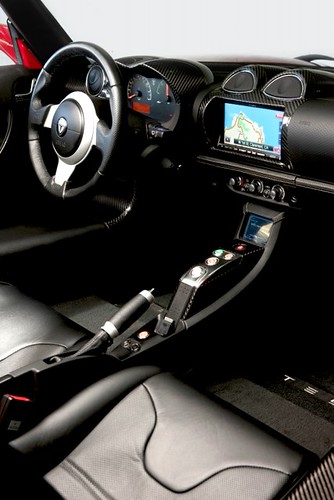 In the age of technology, car gadgets no longer include things such as a fancy liter bag with a magnet attached for easy removal or a side sun shield to offer more protection from annoying glare. Auto manufacturers now try to impress the average car buyer with innovative gadgets – including some that leave you scratching your head and asking “What does this do?” – designed to be both visually appealing and practical. Here are five that stood out in 2011.

These days you need more than a powerful tweeter and woofer when it comes to choosing a rockin’ audio system for your car. In newer car models, a special setup is designed to convert the signal from your car’s digital device to the analog signal required for tweeters and woofers to work correctly. The Naim Audio System, exclusive to the Bentley Azure for now, is designed to deliver high quality music at a volume guaranteed to blow the sunroof off your car.

This audio system has been named the most powerful manufacturer-fitted system in the world. Eleven speakers produce over 1100 watts of power with a 13.2 channel amp and two sub woofers boosting the sound. Yes, it is the ultimate in luxury sound systems that most of us can’t realistically afford, but it’s still cool. According to Niam’s website, it’s about “forgetting the illusion of reproduction and connecting with the music.” It’s further described as an “experience like no other.” Who knew a sound system for your car inspired such deep contemplations?

Once the basis for an urban legend, the idea of finding a stranger in the back of your vehicle is no longer the stuff of movies and folklore. The No.2 Personal Car Communicator – featured in the Volvo S80 – is a keyless drive system that has a heartbeat sensor built into the car’s personal communicator system to alert you of any impending danger before you enter your vehicle. As the concern for driver safety increases, look for devices like this to become available for other models in the future.

In an episode of The Brady Bunch, Greg and Marsha battled it out to see who could drive and park better. They especially had a hard time with parking between two cars in a tight space. If only Greg and Marsha had parking sensors. Fortunately, this relatively new invention is around today. You no longer have to avoid tight parking spots for fear of running up your car insurance premium. Parking sensors were only found on a few vehicle models here and there in 2011, but most industry observers expect them to become commonplace within a few years. 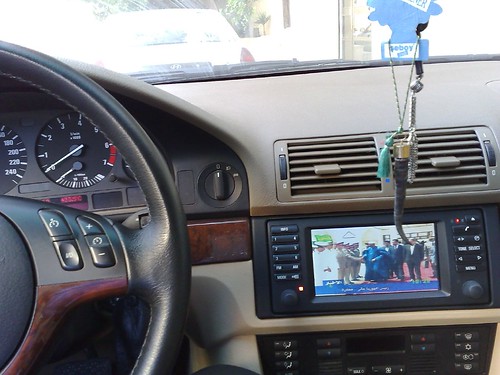 If you can’t use your cell phone while driving, you sure can’t watch TV. This gadget is designed for your passengers to enjoy. The best of in-car TV packages on the market in 2011 came from Sirius. The No. 7 Sirius Backseat TV – found in the Dodge Grand Caravan – features access to live broadcasts of popular favorites such as Cartoon Network and the Disney Channel. You won’t find any sports channels on the current version, but Dora the Explorer will gladly entertain your kids during a long car ride.

No, it’s not something out of another weird J.J. Abrams movie. The No.3 Night Vision, one of the features of the BMW 5-Series, is the most effective version of night vision that has been seen on any vehicle to date.

The 2011 version allows you to avoid things that go bump in the night, often resulting in costly damage to your car. The No. 3 Night Vision system uses a navigation system monitor and a front-mounted infrared camera to display anything in your path up to 300 yards ahead. According to customer and industry reviews, the clarity is much better than other versions of night vision on the market.

These are just some of the gadgets that wowed us in 2011. In an increasingly competitive car market, manufacturers are hoping to impress us with shiny new gadgets. This is a good thing for the average car buyer – especially since some previous gadgets available as options are now standard to make room for a whole new set of optional features. We may not be in the age of flying cars just yet, but there are plenty of cool car gadgets to keep us occupied until then.

Author Sandy Landsford is an accountant and blogs for carinsurance.org.uk, a site where you can compare car insurance rates.

iPad 3: All the Things We Think We are Aware Of