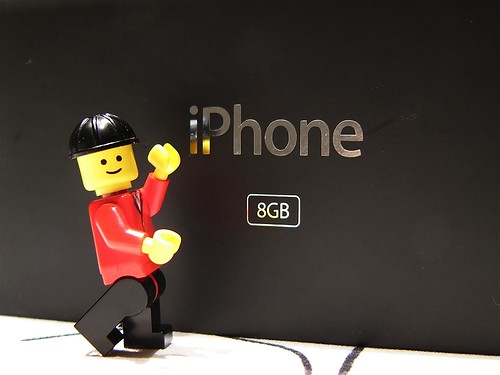 It’s been a crazy couple of years in the tech world, with major companies all jockeying for position to be seen as the next ‘cool’ brand, and part you from your ready cash for the latest and greatest hardware. We take a look here at some of the famous and eagerly anticipated gadgets rumoured for 2012.

New is the new, well, new. Apple took an interesting avenue with moving away from numbers and just calling the new iPad “The New iPad”. Does this mean a shift for the latest incarnation of the iPhone will be The New iPhone? And will it be bigger (or smaller) than the previous ones? Indeed the mobile phone market, in particular smartphones, have gone larger for many, including the Samsung Galaxy note tablet/phone mashup, the powerhouse HTC One X and the people friendly Samsung Galaxy S3. However the rumours of a iPhone “mini” still swirl in the market and certainly it would fit with the marketing range of small, big, bigger iPods seen from the Cupertino giant. The new iPhone is as always surrounded in intrigue, speculation and misinformation, and none more so than the release date. It was Q2, then “the summer” then October, then the WWDC show (Apple’s usual launch platform for iPhones), then back to Q3. The current consensus is around Sept/October in time for the Christmas rush, and possibly a dual launch with the iPhone mini. One thing is for sure, whenever it is, it’s going to be huge. 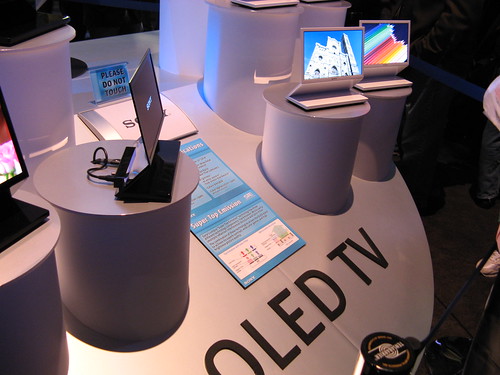 TV’s. They seem to change on a daily basis, and the latest acronym to get the head around is OLED. OLED or Organic Light-Emitting Diode has so far only been seen in smartphones. The great advantage of OLED against the standard LCD is that OLED requires no external light source for brightness and emits its own light. This means lightning quick response from the TV panel, resulting in nearly no blur and incredible detail, perfect for fast moving action including the great movie blockbusters and games.

The TV only needs to be millimetres thick as the TV requires no external light, which also means power saving. A great deal all round. With regards to seeing them on the market, the first models were unveiled at the CES show in May, with projected release dates in the later part of 2012. Samsung are shaping up to be first out of the blocks with their 55-inch battleship, but be expected to part with over £2000 to get your hands on one 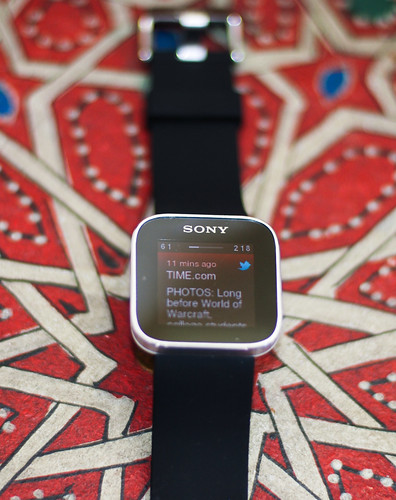 Watch any sci-fi film and normally you will see some form of wearable technology or heads-up display visors, glasses and clothes. None of which have really seen the light of day in real life (apart from the attempts for minority report types gloves). However this all changed with the story of the Google Glasses and “Project Glass” as Google refer to it. The first serious attempt at mainstream wearable tech has caused an incredible amount of buzz in the marketplace. It boils down to a pair of glasses with a integrated heads up display and battery hidden inside the frame. The glasses will also be able to handle voice input and output. Google have started putting some serious weight (and money) behind the project, with developer editions of the glasses to be read ‘for 2013’ with actual consumer units in 2014. The glasses will be android based, with 3g and 4g data connections and GPS, turning it into a stand-alone device rather than a peripheral. Imagine Skype while on the bus, skydiving with a pair (already previewed in a Google video) and just all round ‘coolness’, defiantly one interesting product for this year and beyond.

Many of us in the UK have or know somebody with a Kindle. What was once dismissed as a passing fad has turned the book world upside down. Now they are everywhere, and eBooks have started outstripping sales of print. But where next for Amazon? This question was answered in the Kindle Fire. Released in the US in 2011, this mini tablet now has sold over 5 million units, and is a serious contender against the iPad, especially on price. But amazon is not stopping there, and there is a projected 2012 launch date for the Fire 2. Rumours are it is bigger ( 10 inches rather than 7), faster (Tegra 3 Quad core rather than dual core), and with features Amazon couldn’t cram into the first one. Price remains to be the big sticking point, but it shapes up to be a serious contender to the iPad’s roost.

You can now buy, sell and basically acquire pretty much anything from the comfort of your bus/work/roof with the startling array of mobile ecommerce sites and apps. All of the major companies are jumping onto the e-commerce gravy train, with eBay, Tesco, Next, Amazon and all pushing for position of their apps and mobile friendly sites. Apple has also joined the fray with its upcoming Passbook addition to iOS 6 releasing soon, with the functionality to download tickets and boarding passes directly to your phone or iPad. NFC or near field communication has also appeared in the customers wallets and phones, enabling a simple tap on a retailers machine to pay without the chip and pin or signature process. It promises to be a massive year for e-commerce with the first NFC debit cards being used by UK banks, putting the tech in the hands of nearly every person with a bank account.

Firmly on the pulse of technical innovations, the Berkeley is often cited as one of the most innovative luxury 5 star hotels in London.