Known as group chant in the previous version, this new server role comes with various components namely Persistent Chat Service, Persistent Chat Store, and Persistent Chat Compliance Store. Just like its name the application stores the history of the chat session and allows users to entre a chat room and go through the conversation that has already occurred. The administration tools of the application are integrated with the control panel of the Lync Server and also include PowerShell cmdlets.

There are various new routing features included in the new version of Lync Server 2013 to enhance the enterprise voice, such as support for several trunks between gateways and mediation servers. Also, there’s inter-trunk routing to enable Lync Server to act as a go-between midst diverse phone systems. Then there are other enterprise voice features including delegate/manager synchronized ringing, voicemail escape, and caller ID presentation.

In the new version of Lync Web app there’s support for full conference, which enables users without the Lync client to join meetings through web browsers. Moreover, it offers support for both audio and video.

Though, the server pools with redundant roles are still preferred way of providing high-availability of Lync services, it is now possible to pair front-end pools in different data centers as well. Hence, if one pool is down, the administrator can fail over the other pool. Similarly, there’s provision for back-end server availability via SQL mirroring for Lync databases.

Lync server is able to offer better bandwidth and even manage it more effectively. There’s a Call Admission Control, which is a common function in PBX systems to monitor various users that can be allows onto the network at one point of time. It is an improvement from other such applications, where a number of users could be added, which eventually deteriorated the call quality.

With too many enterprise benefits, Lync server is something that organizations must try. However, Lync monitoring important to ensure optimum utilization of resources. 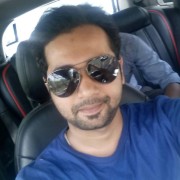