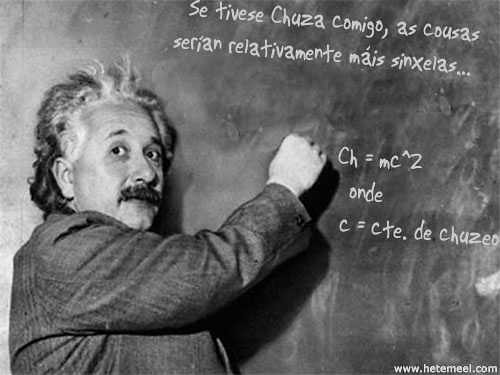 Unless your university course or job is physics-based, it’s unlikely you think about physics on an everyday basis. After all, would you start thinking about gravity if something fell on your head?

Yet physics is an integral part of our modern lives. From switching the light on in the morning, to watching TV in the evening, physics is everywhere and in everything. So just what would life be like if these famous physicists had never lived, or never taken an interest in the world of science?

The ‘father of modern physics’, Einstein is best known for his theory of relativity – and for an apple falling on his head! It’s this theory that allows GPS to work; satellite clocks circle the Earth twice a day, and Einstein’s theory of relativity states that a fast-moving clock ticks slower than a slow-moving one (i.e. the clocks down here on Earth). On the other hand, the satellite clocks are also many, many miles up in the air where there’s less gravity, and less gravity means faster ticking according to that same theory!

Altogether, that makes it very difficult for GPS receivers (such as your mobile phone) to work out the exact location of the satellite – without some very complex relativity theory being applied. So no Einstein would mean no GPS, which would in turn mean no Google Maps on your phone or TomTom in your car. We’d all still be reading maps and getting lost when we go further afield than the next town!

GPS is used for more than just personal applications too. Aeroplanes rely on GPS to navigate, so take that out of the equation and you’re looking at far more plane collisions, or lengthy travels by boat to reach your favourite holiday destination!

I’m sure you’ve heard of Ohm’s law, based on research into electricity by this famous physicist, one of the most basic principles of physics that gets taught in schools today. Electrical current is measured in ohms, a measurement of resistance in a circuit.

Resistance is measured and controlled in circuits to ensure that the current stays at safe levels. Without such in-depth knowledge, we’d be facing far more dangerous electrical circuits, and perhaps we wouldn’t even have the national mains grid we have today!

Can you imagine a home with no electrical sockets? No electricity? That would mean no TV, no mobile phones, not even a hairdryer!

Remember those Bunsen Burners from your physics lessons at school? Yes, Faraday invented those. That isn’t what made him famous however; Faraday also invented the first ever electric motor after years of studying the idea of force. Faraday created the ‘electric dynamo’, the mother of modern power generators.

With no power generators, there would be no mass power grid as above. With no electric motors, well let’s just say that new ‘electric cars’ wouldn’t be around and we’d still be battling to find an eco-friendly alternative to running the world’s vehicles on fossil fuels.

Those are just three of the most famous physicists throughout history, there are plenty more! Do you have any other ideas of what life would be like without some of the major physics breakthroughs we’ve seen over the years? Leave me a comment below…

Michelle Star is a blogger for TBTT.co.uk (Thinking Back to Tomorrow), a great blog for anyone interested in physics at either an expert or an easy-to-understand level.

Pest Control? There's An App For That