C, A & D. Three little letters that can mean thousands of possibilities. CAD stands for Computer Aided Design, and today there aren’t many areas to which CAD isn’t spreading. Computers have revolutionised many industries, and here is why CAD software continues to bring success and efficiency to organisations around the world. 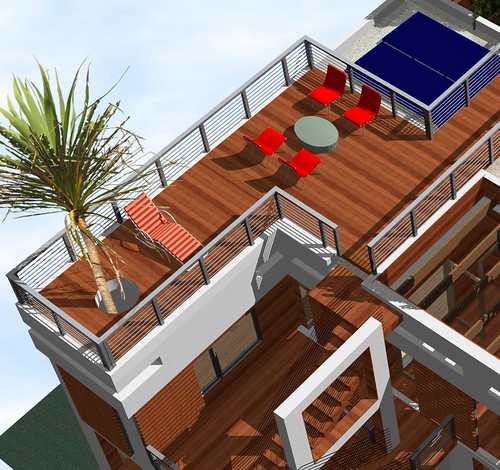 The design process is something that has taken centuries to refine, and even now is being assessed and improved by its users. There are different kinds of design processes, depending on the end product. One thing, however, is always certain: that somewhere along the way CAD software is playing a crucial role. In a nutshell, Computer Aided Design software is there to help make a designer’s life easier, and help them make incredible products! CAD steps in to help with a great variety of tasks. From things like programming a manufacturing robot, to creating a 3D animation that showcases their virtual masterpiece, CAD can do it all.

Doing things manually might seem like a more traditional method, and many people have worried that computers have caused us to lose touch with a lot of areas of design. On the contrary, CAD software lets you take your work to a whole new level. Why does it pay dividends to use CAD Software? Because of its accuracy. Calculations are done in milliseconds, and a designer can, for example, specify the height of his new table design, along with the exact angles and measurements needed. If the devil really is in the detail, then CAD is our software saviour.

With this kind of precision made possible, the manufacturing process is sped up hugely, and there are far fewer errors than there have been along the way. It also allows designers to experiment, and do things that they could never have done before using purely manual methods. 3D CAD software, for example, can allow the designer to make a virtual product that looks and sounds exactly like the real thing. CAD even lets you add virtual properties to your product, which means that you could know what it weighs, what the materials cost, and what its capabilities are before even having made your first model. You can also wow your customers with photorealistic videos of your virtual designs in action!

Before CAD software, there was no such thing as a 3D design. Hand sketches, marker renderings and paintings were the essential parts of a designer’s toolkit. Although these are still important elements today, CAD software lets you achieve a finer finished product, in just a fraction of the time. No rubbing out, no starting again, no mixing paint to find just the right colour. Software comes loaded with an arsenal of tools that are at your disposal with a simple click of the mouse.

Not only does it make tasks quicker, it also means that you don’t lose work. Your designs are safe; creating backup copies of your hard work will become something that you depend on.

All organisations look to increase their efficiency, and save money where they can. We have already seen that through time, money is saved through hours of work being cut down. CAD doesn’t just stop there, though. Most outgoings during the design process come towards the end of the line, in materials and manufacture stage. All of the aspects of CAD, its virtual capabilities and its accuracy all impact one of the most expensive parts of design. CAD saves industries millions of pounds every year in the production area. Virtual testing means that the costs of physical models are dropped dramatically. CAD can allow engineers and designers to test things such as material strength, density, and physics before they even make their first prototype. Electrical circuits can be made virtually to help identify any problems, and CAD even has things pre-loaded to help towards the final solution!  CAD software really does pay dividends, every step of the way.

It is no exaggeration to say that CAD software is indispensable to the industry. Technology is not only helping save time and money in the world of design, but also giving designers the ability to achieve things that would have seemed impossible.

More and more things are being created and discovered through CAD software, and there are huge rewards to be found by using it, no matter how big or small the job.

Nathan Griffiths is an avoid user of http://articad.com/ software and loves all things CAD.

Give The Gift Of Home Protection This Holiday Season