Why Use 3D Printing 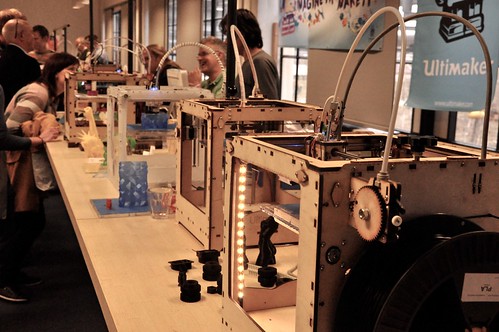 With so much hype at the moment about 3D printing technology, you would imagine it is a cutting edge technology which has only just invented. Well, you’d be wrong in thinking that. In fact, 3D printing actually came about in the 90s – and has been used in different industries for years making parts for different products. The reason why there is so much interest in 3D printers at the moment is down to the printer itself becoming far more refined; becoming not only cheaper but better and smaller too. This article gives an insight into the world of 3D printing, and how it is already starting affect producers and consumers.

The story behind 3D printing

As previously stated, 3D printing is by no means a new technology. Charles Hull is seen as the Godfather of the 3D printing world, as founder of 3D systems in 1984. 3D Printing was envisaged as an idea when Hull wanted to create a three dimensional solid object solely from a virtual model created from software on a computer. The process we use today is known as an ‘additive process’, which is basically 3D model that is constructed by layer after layer of material being added on to each other. You may not know, but 3D printed objects are all around us; jewellery, construction & food to just name a few industries.

What are the benefits of 3D printing?

The regular guy with a 3D printer in his house can experience the benefits of 3D printing as much as a big company can.

The regular guy can download and print specific repair parts for DIY jobs around the house, instead of having to nip to BNQ to be confused at the thousands of types of screws on show. The regular guy can now print toys for his children, jewellery for his wife and even a food bowl for his dog. With the technology for 3D printing being improved upon, a wider range of materials are now beginning to be used; granting a wider spectrum of objects that can be created.

For major industries, the benefits of utilizing 3D printing technology are beyond great. Here are few of the main benefits:

• Cheaper and Faster Manufacturing. Converse have claimed by using 3D printing that making a shoe is 30 times faster than before – and cheaper. Alessi, a coffee maker manufacturer, claim to have saved up to seventy percent on construction costs through 3D printing.

• Innovative Shaping. Using 3D printing technology new shapes and structures can be constructed with ease, through a digital model.

3D Printing in use

With improved 3D technologies, industries are finding uses for 3D printing which have been never seen before. Here is a great example of how 3D printing has been put into use.

This is Emma, who was born with arthrogryposis multiplex congenita; a rare condition which causes body parts to grow in a malformed way. On watching this video, you learn that Emma’s condition – with the help of some top doctors – is aided by a WREX system. The WREX system that is built for Emma was constructed from parts printed out on a 3D printer. As Emma grows, the design for the WREX is adapted and thus new parts are printed. This gives an insight into the potential that can be unleashed through the power of 3D printing.

For personal use, printers that are available are now around the £1000-£2000 price mark. This is a popular model which is starting to be bought by the masses.

In conclusion, as you can see perhaps in the next ten years 3D printing at home will be a given. With the many benefits that come with using 3D printing technology, it would be silly for the world not to wise up and be a part of the coming ‘printovolution’! However with power to create must come with restraint; in the news there are beginning to be stories of people manufacturing gun parts and faking items breaking trademark laws. The future of printers will come bearing new laws, be warned.

Many thanks to Distinctive Doors for putting together this interesting article. It is great to see how technology has opened its doors, advancing rapidly and producing so many benefits, who knows what door will be opened next!